Service to the city is provided through Airport station, located on-site. There is a connecting service from this station to the rental car center. Within the airport, there is also an internal service.

External services to Atlanta are provided through Metro services.

MARTA serves the airport through Airport station on the Red Line and Gold Line, located at the domestic terminal. This station was opened in June 18, 1998. As of August 2022, 8 trains operate an hour to the city center (Five Points) on weekdays off peak, with 4 trains operating each hour on each the Red and Gold lines.

The ATL SkyTrain connects the Domestic Terminal with the Rental Car Center. 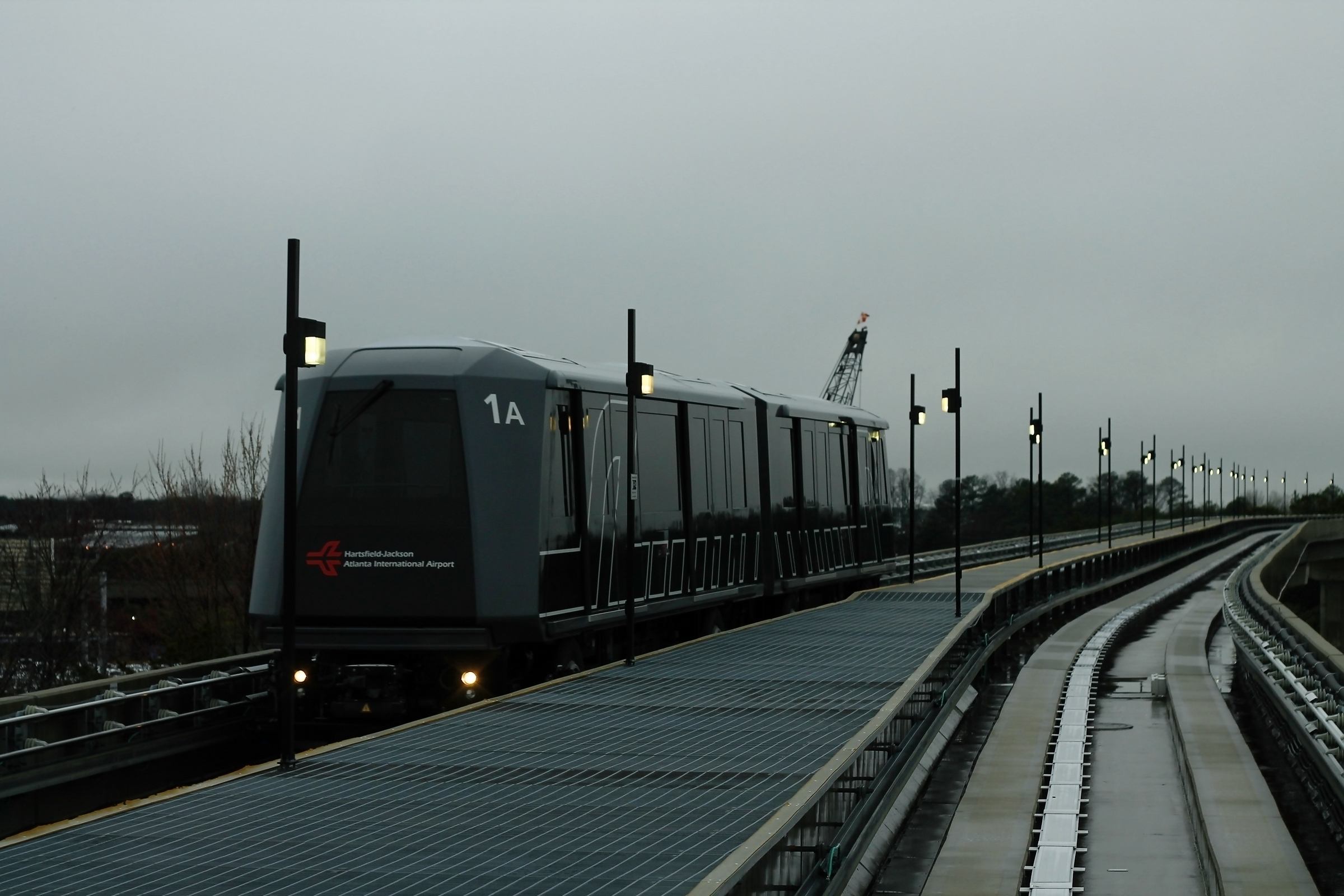 The service uses Mitsubishi Crystal Mover rolling stock, run in two car consists with two doors on each side per car. Each car is 11.1m long and 2.7m wide. The system is fully elevated and entirely grade separated.

The ATL SkyTrain is owned and operated by the Atlanta Department of Aviation. Line color from official logo of Atlanta International Airport on official website as of July 31, 2022.

The Plane Train connects various terminals within the airport. 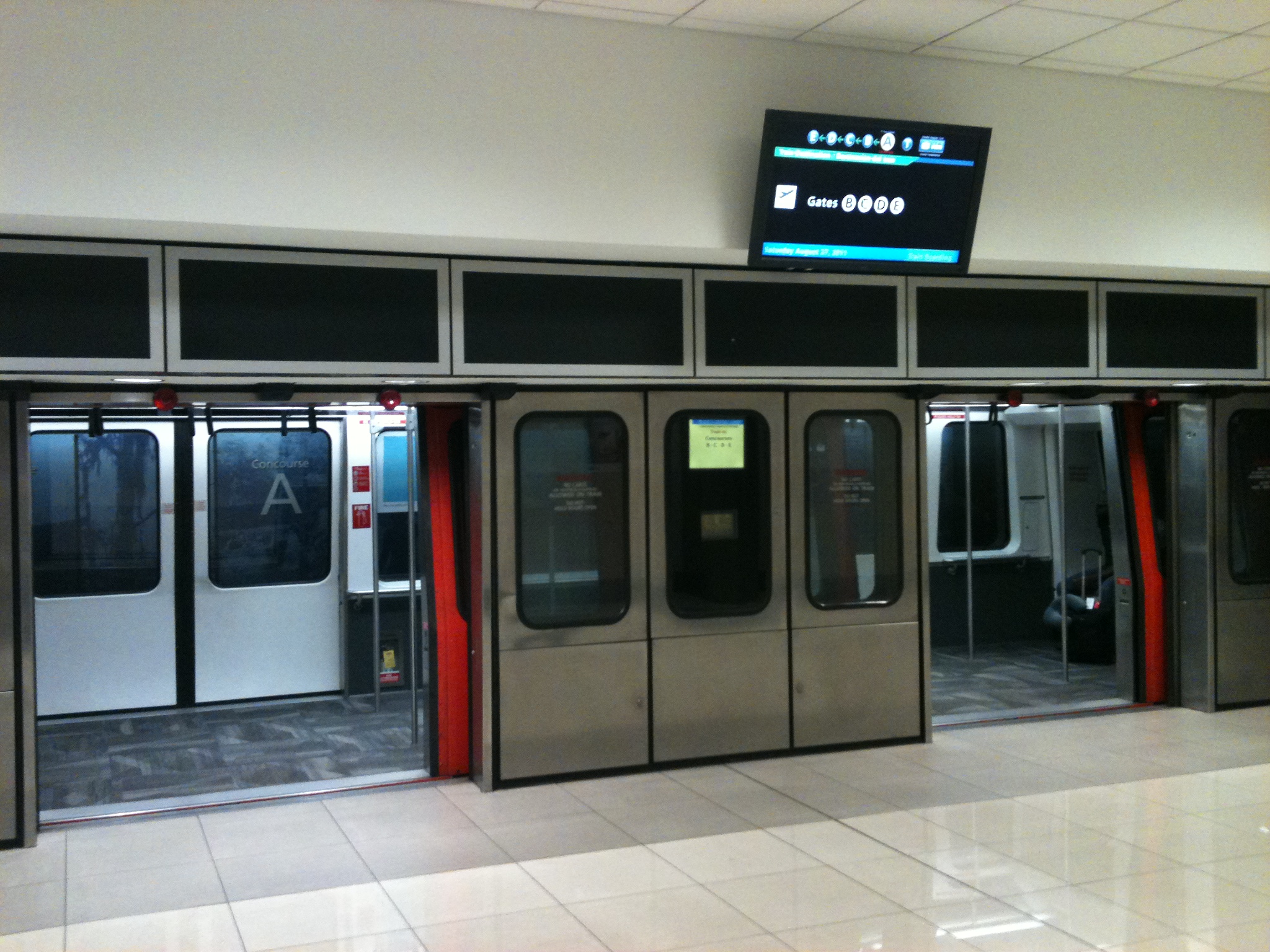 The service uses Westinghouse C-100 and Bombardier Innovia APM 100 (formerly CX-100) rolling stock, run in four car consists with two doors on each side per car. Each car is 12.8m long and 2.8m wide. The system is fully underground and entirely grade separated.